Doreen Asimwe has proven that engineering is not just a man’s world. With creativity and innovation, she oversees her projects and doesn’t hesitate to roll up her sleeves when it comes to practical work in the field.

As a civil engineer, she does geophysical surveys, drills boreholes, does water quality tests and maintenance of water kiosks for the water supply projects she has worked with so far.

For a fresh graduate who completed studies only last year, Asimwe is steadily building up her career, yet she hopes to do even more, for her focus is on raising the profile for women in engineering.

She currently works with Gaia Survey Rwanda, a drilling company focused on water wells, geo-technical and environmental drilling services. However, her first job after graduating was with Water Access Rwanda, where she operated as the production and maintenance apprentice, and piping water for over 93 households.

As a young kid, Asimwe loved moulding objects from mud. She always thought she would end up in construction. However, when she joined high school, she realised the community had more pressing needs than just wanting shelter.

There was a demand for easy access to clean and safe water, she observed. 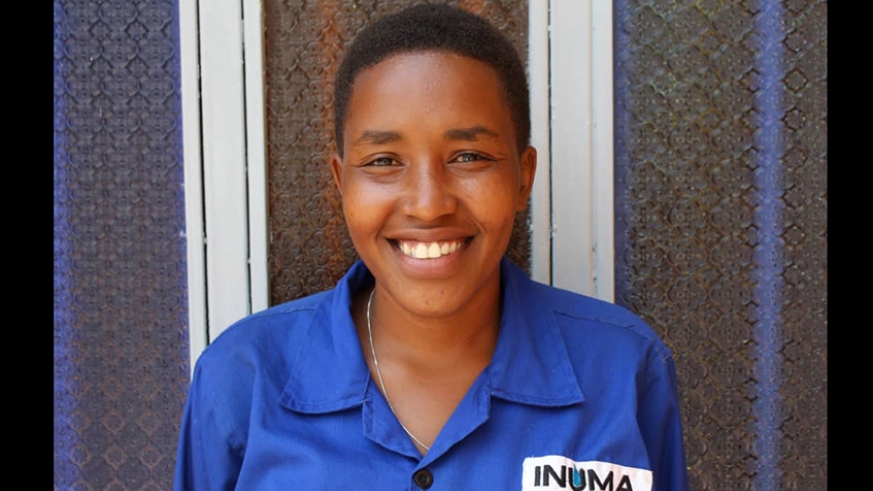 “I looked at what people wanted mostly, yes I knew they wanted houses but I realised that the biggest percentage needed water more. This is what pushed me to this field. And the fact that I lived in a district (Nyagatare) that has a problem of water scarcity, it also inspired me because I always wished I could help solve this problem,” she says. 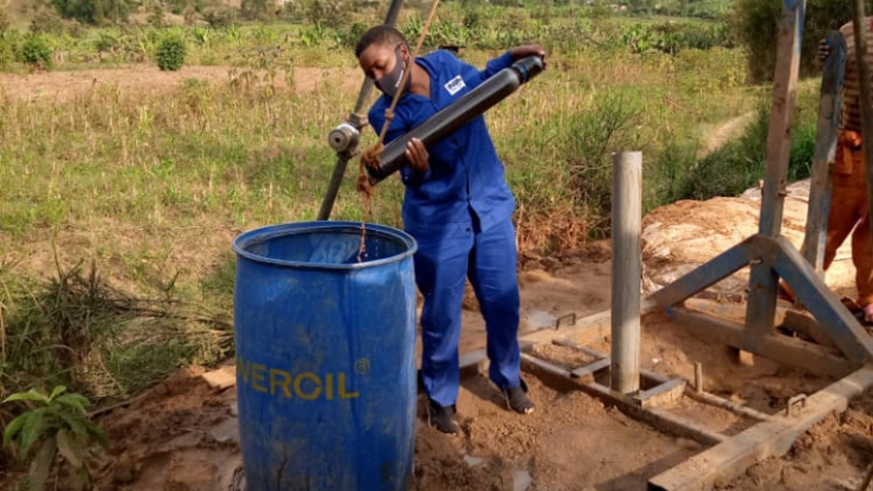 Because of this, she ended up pursuing a career in civil engineering with a speciality in water and sanitation technology.

And now that she is living her dream, the 23-year-old says seeing her efforts help different households change, is what keeps her going and wanting to do even more.

“What I love most about my job, especially when I was still with Water Access Rwanda, was my work with household connections. The people we would connect were those who lacked easy access of water in their households, many of them used to fetch water from far. But we managed to establish water storages and facilitated connecting water to their households. Their first impression to see water in their homes would be so fulfilling for me. You would see it made them happy and this made me proud,” she says.

Her journey so far has been a fulfilling one, save for the few obstacles she met in the beginning, most of which were centred on gender stereotypes.

“When I had just started, I found out that I was the only woman in the department I was working in. At first, they would give me small tasks, assuming that I couldn’t manage bigger ones. This bothered me and I wanted to do more, so I told them to challenge me and let me do it all. For instance, drilling was mostly assigned to my male counterparts, but I later requested them to assign me such tasks and they complied,” she recalls.

She says she never sees her challenges as obstacles, this is why the young engineer hopes to accomplish even more.

Through her job, Asimwe says she has managed to create so many valuable relationships, most of which she commends for reinforcing her career path.

She says that even though she has managed to achieve a lot on her job, such as financial independence, none of that matters as much as the relationships she has made.

“I earn good money but I wouldn’t put much emphasis on this. What I value most are the relationships I have made. Being acquainted with those who are more experienced in my field has helped me grow a lot, this is what I value most.”

Asimwe says she has come to learn that for one to be good at what they do, be it engineering or any other job, they have to love what they do and do it professionally.

She encourages those with dreams for engineering to pursue them and not accept to be held back by certain stereotypes.

“Engineering is a good job with good money. For the girls especially, I would advise them not to think that this field isn’t for them. Women can do this just like men or even better, and they should know that there are so many opportunities waiting for them, but they have to pursue them,” she advises.

In future, Asimwe hopes to further her studies but also plans on establishing her own a business — a firm that deals with waste water treatment.