FAWE Rwanda celebrated the success of its first graduands, beneficiaries of the Mastercard foundation scholarship program who graduated from INES Ruhengeri. This was at the occasion of INES Ruhengeri’s 13th graduation ceremony, of more than 800 students who completed their degrees at this institution, which was held on March 11, 2022. 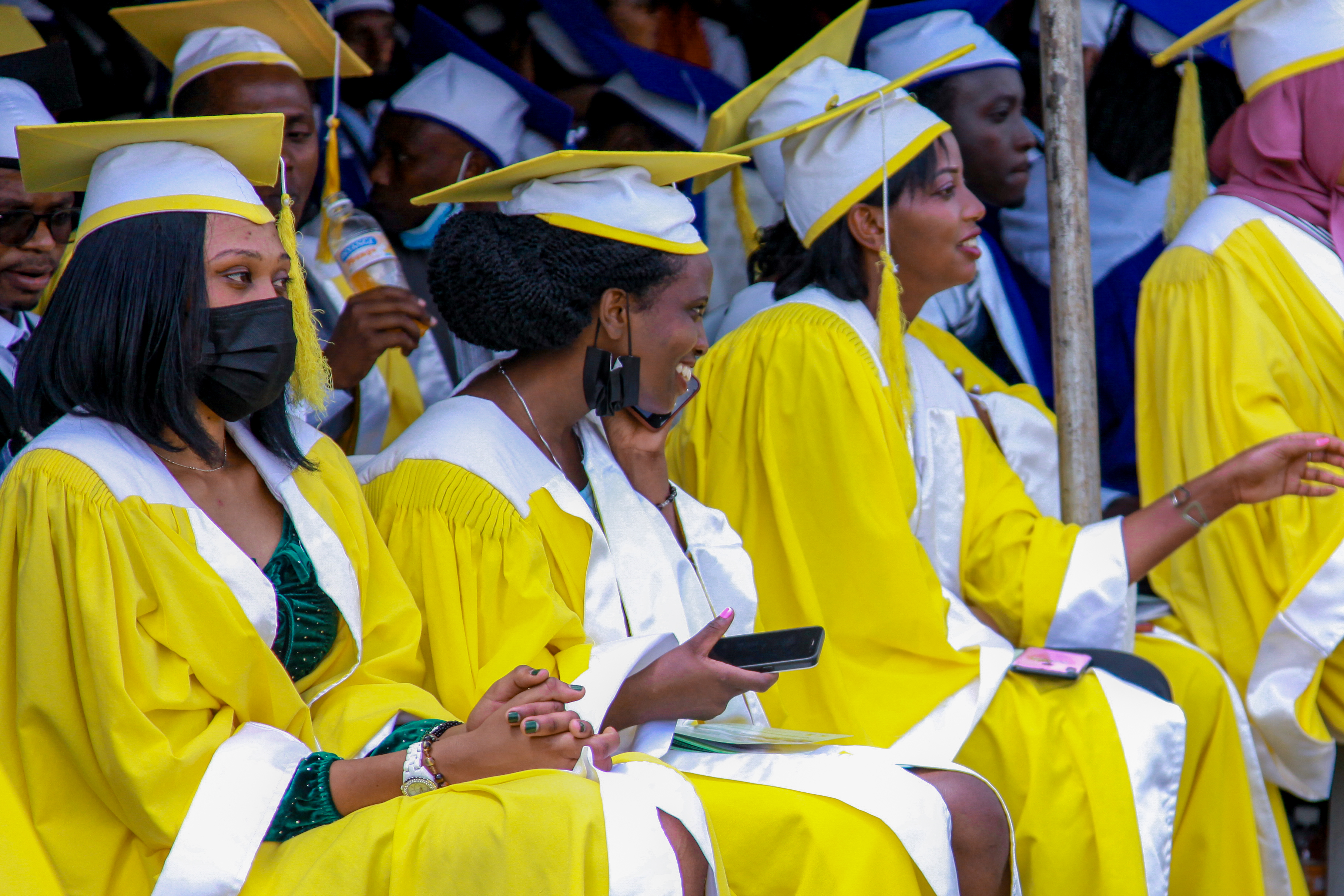 All these scholars, who graduated, were commended for their effort while at this university which led them to be among top performers from their respective faculties and awarded for that.

UKWITEGETSE Gikumi, who was awarded Rwf 1 million as a top performer in her faculty, graduated in Computer science and has been the 1st of her class for three consecutive years up to graduation. Speaking to Top Africa News, she extended her gratitude to FAWE Rwanda for its support along her school journey from high school until the day she graduated from university. 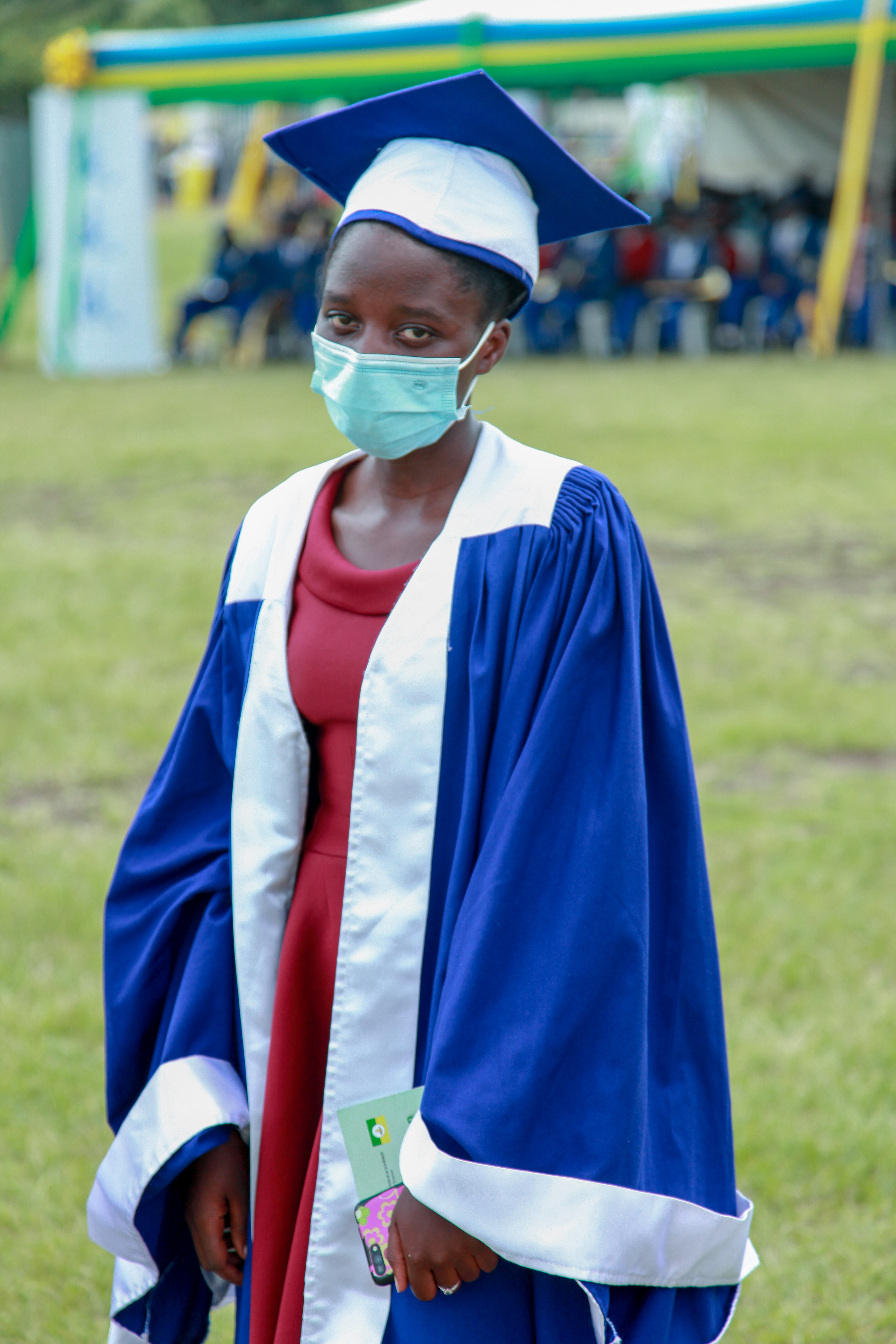 Not only Gikumi, who was awarded but also other three scholars namely Byukusenge Joselyne, Umutoni Yolanda, and Irakoze Dinah have already started doing a professional internship at INES Ruhengeri and shall be Tutor assistants at this university.

This last, Dinah, says “that getting this opportunity to be hired even before graduating, was due to how FAWE Rwanda teaches its scholars to be courageous and to work hard in everything they do. So, since the day I came here I kept that spirit in me and now you are seeing the results from that.”

Speaking on behalf of INES Ruhengeri, Father Hagenimana Fabien, the vice-chancellor says that receiving FAWE scholars at this university brought them changes since they (university) were not used to receiving a big number of best performers from high school as those best performers were known to be enrolled in the public universities.

“Normally in Rwanda, those best performers in secondary school receive government scholarships to go to the university of Rwanda or to Rwanda polytechnic then private tend to receive either those who have the courage to say no to the scholarship or those who have sponsors. It’s not really easy for private universities to get the best performers from secondary school.” Father Fabian. 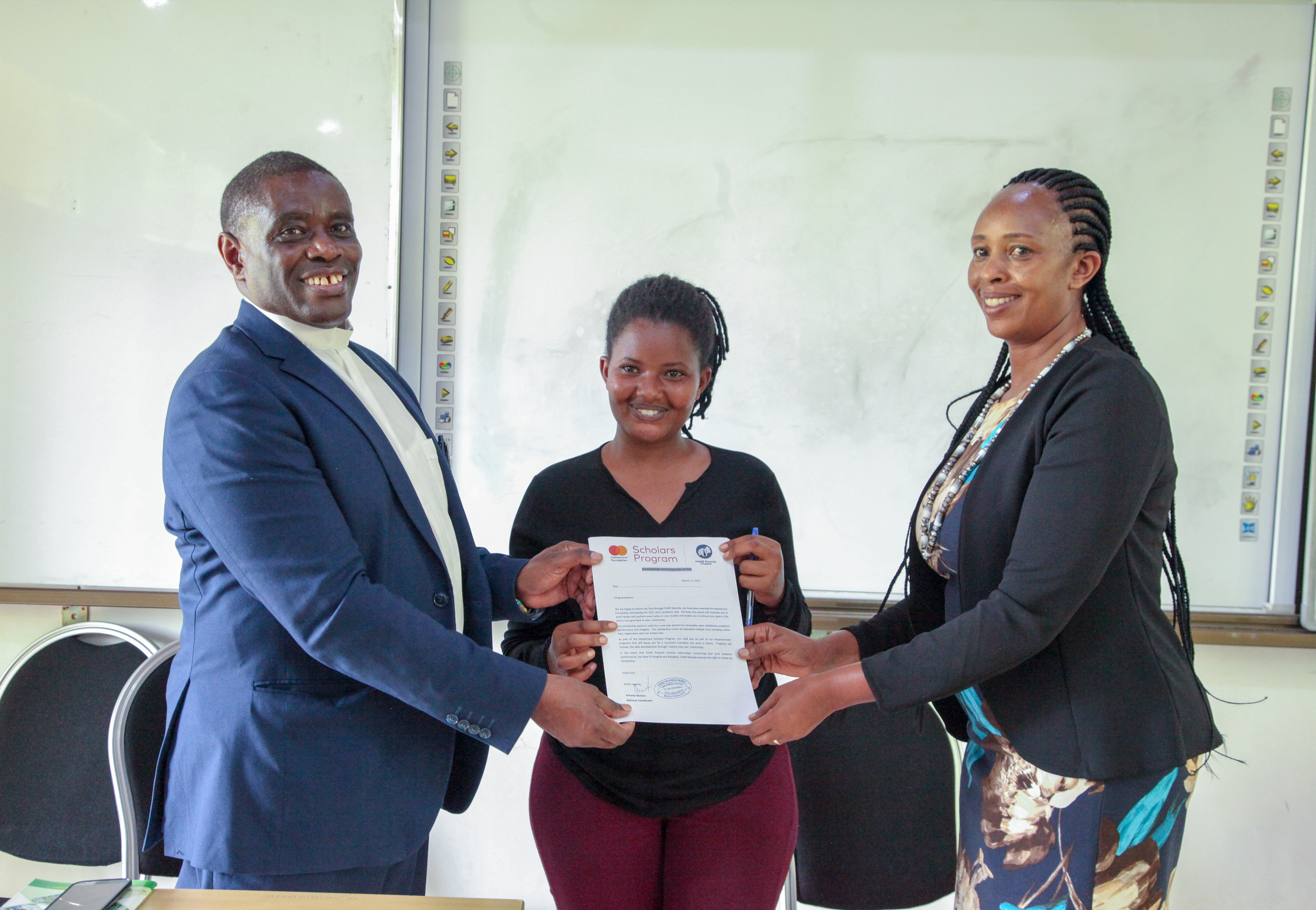 He also added that “FAWE scholars have been a catalyzer because, since their arrival at the university, they changed the whole environment as they brought positive competition and today science department which was formerly dominated by male students is now dominated by females. And that’s why you have seen that girls came among the best performers who were awarded during the graduation ceremony.”